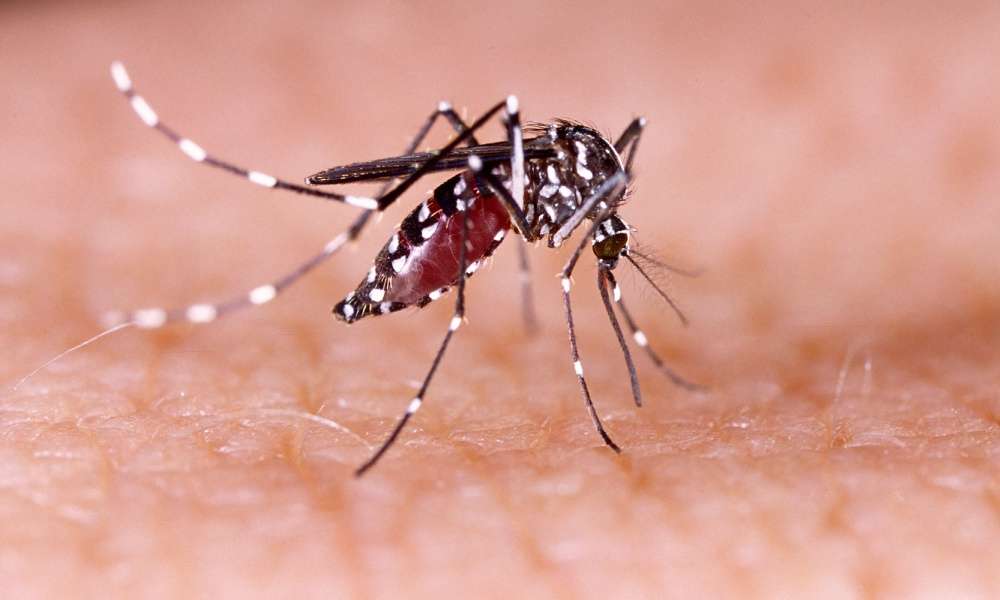 Have you ever wondered why mosquitoes exist and if they serve any useful purpose? It seems that they are here to annoy us and spread diseases.

From a human point of view, they are a big nuisance. Causing us to stay indoors on lovely summer evenings, wear long sleeves and long trousers when it’s hot, or make us put on some sticky unpleasant repellent.

For mosquitoes, their purpose is to live as long as possible and lay as many eggs as possible.

Besides being a nuisance, mosquitoes cause hundreds of thousands of deaths every year. According to the World Health Organization (WHO), malaria alone caused 438,000 deaths in 2015. In 2000 this figure was 839,000!

It’s not only humans who are affected by the diseases spread by mosquitoes. Other animals such as dogs and horses are also affected.

Besides malaria, there are many other diseases transmitted by mosquitoes. Here are a few: Chikungunya, Dog Heartworm (can be a life-threatening disease for dogs), Dengue, Yellow Fever, Eastern Equine Encephalitis (infects horses and humans),  West Nile Virus, and Zika Virus.

In addition to these diseases, mosquito bites cause an allergic reaction. The body’s immune system reacts to the mosquito’s saliva, which causes irritation. This is the main reason most of us hate mosquitos.

Eliminating mosquitoes, the vector for many diseases, would save millions of lives.

Do All Mosquitoes Need To Be Killed?

As the most dangerous animal in the world, should we try to eliminate all mosquitoes? There are about 3500 mosquito species, and the vast majority feed on plant and fruit nectar. Killing these “harmless” species is unnecessary and could even be even counterproductive.

The largest known mosquito, the elephant mosquito of the Toxorhynchites genus, is one of these non-bloodsucking mosquitoes. Their larvae prey on other mosquito larvae, so they could be considered beneficial.

Scientists have considered using them in areas outside of where they are normally found to combat dengue fever. They are known to eat the larvae of Aedes aegypti mosquitoes.

Of the 3500 species of mosquitoes about 200 bite humans and 100 species transmit disease.

In the US, there are nearly 180 types of mosquitoes. Of these, 12 species are known to spread disease.

Three genus of mosquitoes are responsible for spreading the majority of these diseases.

Mosquitoes Must Be Useful For Something

The main positive reason for mosquitoes existing is the role they play in the food chain of other animals and as pollinators.

Mosquito larvae provide an important food source for small fish, frogs, tadpoles, and other insects. If they lose this food source their numbers may suffer. Then anything that feeds on these small fish or insects, such as larger fish or birds could also suffer.

Adult mosquitoes provide a food source for birds, bats, and dragonflies. However, researchers suggest that if they weren’t around, the birds would find other insects and probably wouldn’t suffer.

Adult mosquitoes feed on nectar, in fact, it is the sole diet of the males. This could mean that some plants might suffer from a shortage of pollinators.

David Quammen, a science writer, produces an interesting point in defense of mosquitoes. He says they could be one reason equatorial rain forests have survived human exploitation until quite recently. So mosquitoes could be “a defender of ecological diversity”!

Would Nature Suffer From Having No Mosquitoes?

An article in Nature magazine from 2010 asked scientists what they thought would be the result of eliminating mosquitoes. Most thought there would be very little difference and the ecological void would be filled by other insects or organisms.

The one area where there might be a problem is in the Arctic Tundra. Some scientists think the number of migratory birds that nest in the region could fall by 50% or more without having mosquitoes to eat. Other researchers disagree and say it wouldn’t make any difference.

The path the Caribou take could also be affected. They are thought to take a path to avoid the swarms of mosquitoes. If they change their route, the Arctic valleys, through which thousands of Caribou pass, would have their ecosystems changed. So there might be some effects in the Arctic!

According to most scientific opinions, mosquitoes could be eradicated without having a long-term effect on the ecosystems where they are active. The problem is no one knows what would replace them, it might be worse or better.

Is it Possible to Kill Only the Disease Transmitting Mosquitoes?

If there was a will to wipe them out, think of the ecological damage, draining swamps and ponds, treating wide areas with insecticides. It would cause an ecological disaster and could only be considered in very limited areas. And only if there was a severe health risk.

If there was an attempt to eradicate mosquitoes from an area, any tiny volume of water that’s left in someone’s yard is a potential breeding site. Everyone must do their bit to rid their property of breeding sites. If even one is overlooked, the mosquitoes will be back!

Scientists are working on a new way of eradicating certain mosquitoes by altering their genes to stop reproduction. This method would be species-specific. Although this would be a much more eco-friendly way of eliminating mosquitoes, there are ethical concerns.

Practical reasons could also make it challenging to use sterile mosquitoes over large areas. They have been introduced successfully in small areas, but to use them over large areas would mean producing many millions of modified mosquitoes.

We would profit from having no mosquitoes. There would be less disease, so there would be more people on our wonderful planet. Many lives would be saved, and many would escape illness brought on by mosquito-borne diseases. This would mean less burden on health services, particularly in developing countries.

With all the humanitarian and economic advantages of eliminating mosquitoes, it’s the limitations in the way we kill mosquitoes that mean a mosquito-free world isn’t for anytime soon.

Although mosquitoes don’t seem to serve any useful purpose, we can’t eliminate them without doing damage to other useful species. So, for now, we will have to carry on with our limited methods of control – the use of mosquito repellent, traps, bed nets, covering up, and of course, removing standing water.