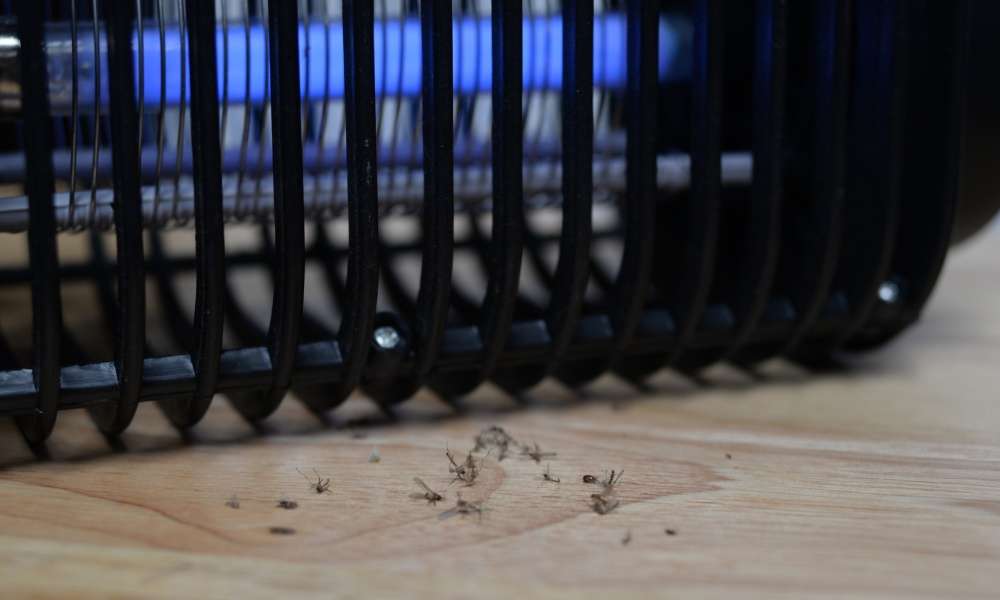 A bug zapper is a device that attracts flying insects as they are drawn to a light source. It is more formally called an electric insect killer, electrocuter trap, or electrical discharge insect control system. Its name came from the characteristic onomatopoeic ‘zap’ sound that is made when an insect is electrocuted.

What happens is that the light source attracts flying insects to enter an electrical grid where they are electrocuted as they touch two wires with a high voltage between them.

Thinking about it that is actually a really good device. Imagine, you will not be bothered by itchy mosquito bites anymore because a bug zapper would just attract biting mosquitoes and electrocute them. Well, not really.

There were few studies done to test how effective bug zappers are. Sadly, they appeared to be ineffective for mosquitoes and did not have a great impact on the population of mosquitoes in the areas they had been used.

One reason that researchers considered was because of the fact that mosquitoes are not really attracted to ultraviolet light in order to find their victims. What they use to find humans in order to suck their blood is the carbon dioxide exhaled when people breathe. It may happen that a bug zapper can catch a mosquito and electrocute it. However, this is just occasionally.

Moreover, the majority of the insects that a zapper kills are the harmless and ‘good’ bugs such as midges, beetles, and other flying insects, not biting mosquitoes (which are the ones that must really be killed).

Even if a bug zapper can kill a huge number of bugs and insects at night, a small percent of it would only be comprising mosquitoes.

Studies also show that only about one to five percent of insects that a bug zapper kills are mosquitoes and they are not even the female mosquitoes that suck blood. Rather, they are male mosquitoes who do not bite humans because they do not need blood to nourish eggs.

What is worse is that instead of killing these female biting mosquitoes a bug zapper might even attract them. They would be able to detect carbon dioxide or different body odors and fly to you. They would not even be interested in the ultraviolet light from the zapper. What they know is that their next human victim is just somewhere near.

So maybe bug zappers are not that effective. And so? There are still other ways, for sure, to kill mosquitoes.

Some electronic bug zappers make up for their ineffectiveness to kill mosquitoes by emitting Octenol which is a non-toxic and pesticide free pheromone that attracts mosquitoes. Since mosquitoes are attracted to carbon dioxide that humans emit through sweat and breath bug zappers with Octenoltry to take advantage of that.

What happens is that mosquitoes are drawn to this Octenol mixture, get sucked into a net, dehydrate, and then they die. This ‘improved’ bug zapper is powered by a propane tank and there is no electricity required.

Looks more effective now, right? Well, one manufacturer claims that an entire mosquito population died in six to eight weeks of using this upgraded bug zapper as the egg-laying female mosquitoes are killed.

There is also another device that uses a chemical to enable the olfactory receptors of mosquitoes. The manufacturers of this product state that blocking the ability of mosquitoes to smell and track carbon dioxide is a great strategy to lessen the number of mosquitoes.

Meanwhile, if you want to go all natural and see no need to buy devices to kill mosquitoes that is also possible. Since the female mosquitoes are the ones that lay eggs they must be the ones eradicated and controlled.

They lay eggs in water and therefore you must keep your surroundings clean and get rid of all sources of standing water like old tires, buckets or watering cans. Also, if you collect rainwater make sure you cover the barrels. If you have a pond, stock it with fish, such as goldfish, that will eat mosquito larvae or use a pump to prevent the stagnant conditions that the mosquitoes prefer.

And there, you have all the ways to get rid of biting mosquitoes. So if you have a bug zapper at home do not be discouraged if it appears to be ineffective because there are still other ways wherein you can kill annoying and dangerous mosquitoes.