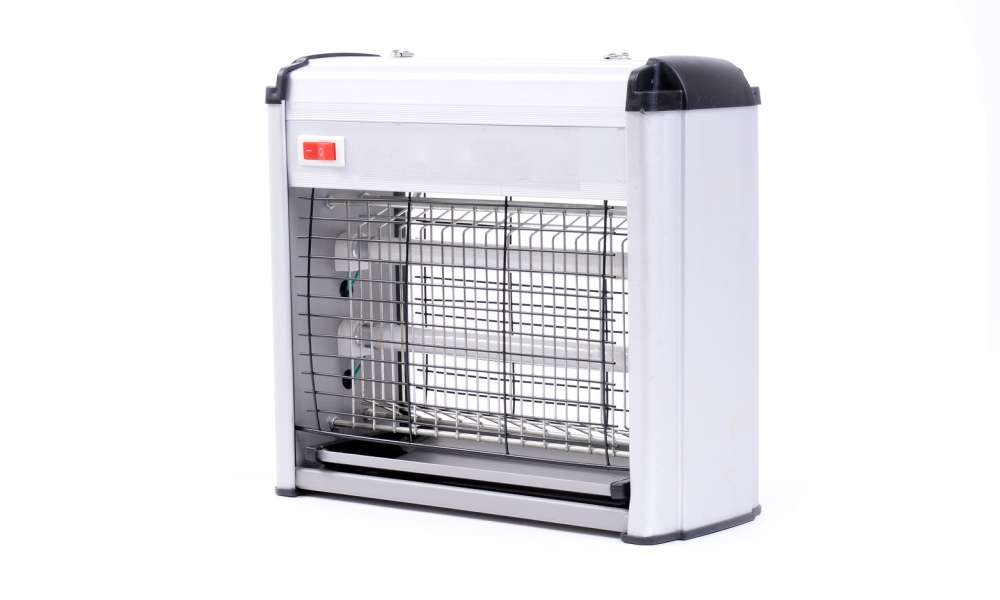 Flying, biting insects can prove to be a huge annoyance at home. They cannot be avoided, and where there’s shrubbery, bushes, and high grass, they’re in there. Where there’s water, they’re in it, progressing into adulthood.

Mosquito bites are not just a bothersome issue we have to deal with, especially in the summer. They are fatal, too; mosquitoes are bringers of various serious illnesses like dengue, malaria, Chikungunya, and now Zika virus.

If you are fond of hanging out in the backyard or spend plenty of time outside the house in your yard, there is a great chance that mosquitoes will hover around you, just waiting for their meals.

Plenty of people these days resort to bug zappers on their porches and yards to get rid of those pesky insects. However, are they really effective, as a good number of people claim them to be? Here is some basic information about the device and how they react and do away with those buggers.

What is a Bug Zapper

A bug zapper is a device that attracts flying insects. They are drawn to a light source, as they tempt to approach the light source, they are electrocuted. It is more formally called an electric insect killer, electrocuter trap, or electrical discharge insect control system. Its name came from the characteristic onomatopoeic ‘zap’ sound when an insect is electrocuted.

Bug Zapper Basics – How They Work

Bug zappers lure insects through UV light. The light source is hemmed in by a cage of mesh material, which is boosted with a subdued voltage current.

Flying insects are attracted indiscriminately to UV light. They try to pass through the charged mesh cage, where they are shocked to death. To protect the mesh cage and the bulb, they are contained inside a shielding metal cage or durable plastic housing.

Most bug zappers are built with a special tray that collects the dead insects for easier cleanup. However, some models do not have this, and the dead bugs fall to the ground beneath the zapper.

The device still works in the same manner as it was first conceived. Modern-day versions, though, do include enhancements in terms of certain functions, and some models have added specific features as well.

Bug zappers do work, and there are plenty of testimonies coming from satisfied customers. You have only to ask somebody happy with their purchase, and they will gladly share their two cents with you regarding the successful device.

The best handheld bug zapper works as effectively as freestanding ones. There are also solar-powered models that consumers can try out if they want something that does not utilize electricity.

There are even models that now include both a UV light source and attractants to make them more efficient in killing off mosquitoes and other biting insects.

What Insects Do Bug Zappers Kill?

The American Mosquito Control Association suggests that these bug killers could be responsible for killing between 71 to 350 billion beneficial insects per year.

Overtime, killing this many insects could affect the presence of some of the mosquitoes’ natural predators, birds, and bats, for example.

Do They Attract Mosquitoes?

There is nothing to suggest bug zappers attract mosquitoes. When you see the numbers caught in a bug zapper alongside other insects, this is confirmed.

In an independent study by the University of Notre Dame, they found that only 3.3% of insects captured by a bug zapper were female mosquitoes.

In another study by the University of Delaware only 0.22% of the catch from bug zappers was biting flies.

It’s the female mosquito that is responsible for biting us. She finds her next blood meal by using the signals emitted by a human or an animal. She is not very interested in ultraviolet light.

The first signal a mosquito uses for homing in on you is the carbon dioxide you exhale. She can detect this at more than 30 feet away. A she gets closer to you, her prey, it’s your body odor she perceives and then your body heat. When she lands on you, the mosquito “tastes” your skin with her legs to find the best place to bite.

Where is the Best Place to Put a Bug Zapper?

If you buy an insect electrocutor, you have to remember some of these key tips. One is to keep the device away from locations where individuals will gather together for an extended period of time. The insect trap will attract insects. If its too near you, you will have more flies, midges, and mosquitoes flying around you

Keep them away from areas where you usually prepare or eat food. Dead bugs that are shocked by the device may become spray or mist that might include the expired bugs’ components for up to 7 ft. of the device. The mist can contain harmful microorganisms, which can land on humans or animals.

A distance of 25 feet away from areas people congregate could be a good placement. Then the height is another consideration. Four to six feet is a good height for most insects.

You don’t need to eliminate all bugs from your yard. Yes, they might be annoying, but most don’t bite, and many are harmless, “good” bugs. So it’s better to concentrate on the biting, disease-transmitting insects, mosquitoes!

It’s tough to get rid of all mosquitoes in your garden, so using several methods is your best chance to stay more or less bite and disease-free.

The first step is to stop them from breeding. Empty any standing water in your yard. Mosquitoes don’t need much water to breed, so be thorough.

Cover-up. If possible, wear loose-fitting, long sleeve clothing and trousers. Light-colored clothing has been shown to be less attractive to skeeters than dark-colored clothing. Mosquitoes can bite through tight clothes with a loose weave.

Use a repellent. Although you may not enjoy having a repellent on your skin, they are effective. Use one that has been registered by the Environmental Protection Agency. They have been reviewed and pose a minimum risk for your safety.

If you aim to reduce the mosquito population, you will be better off buying a mosquito trap. Some traps use co2 and attractants, so the mosquitoes think there are people. These traps catch very few useful insects.

Yellow bug lights can be utilized to light up the backyard or porch. These won’t kill or repel mosquitoes. However, due to the yellow coating on the bulbs’ surface, a smaller number of insects will be attracted since the yellow light sieves out the blue spectrum light capable of luring flying bugs. This could be useful if you are interested in having fewer non-biting insects buzzing around you.

A bug zapper is effective for killing bugs indiscriminately. Tests have shown an insect zapper to be relatively unsuccessful in catching biting flies.

If you want to reduce the number of flying bugs around your yard and are not concerned about what you catch, then a bug zapper could be a good choice. They’re quite cheap, reliable, and easy to maintain.

The only problem is they kill insects randomly, good and bad.

Joe Conlon, the technical adviser to the American Mosquito Control Association, says this about using bug zappers for killing mosquitoes “worse than worthless” and goes on to explain that while “the devices do catch insects, most are not mosquitoes but species like June beetles and moths that are food for birds.”

Bug zappers are available online and in brick and mortar home improvement shops in your area. If you want more information about this specific device, you can gather additional facts by perusing articles online and reading reviews about zapper models.