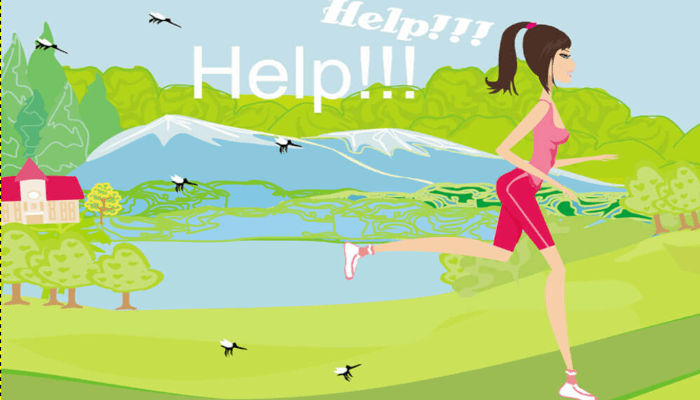 Are you one of these people that seems to be the number one target for any mosquitoes in your vicinity? If yes, you probably wonder what makes you such a special attraction.

Understanding what lures these insects to you could be useful in helping you to stay bite-free or at least less attractive.

You may have heard some myths like eating garlic, onions, bananas, or that vitamin B will repel mosquitoes. Or another which says the opposite, eating bananas will attract mosquitoes. Scientists have researched these and found no concrete evidence that suggests any is true.

There are so many old wives’ tales about mosquitoes. You have to determine which ones have any truth and which are complete fallacies.

What Attracts Mosquitoes To You?

The truth is several factors can affect a person’s attractiveness to these pesky insects. There are some you have no control over, but a couple you can do something about.

I don’t get many bites, but our son seems to attract any mosquitoes in the vicinity. He receives several bites when the person next to him isn’t bitten at all. Why?

According to research, there is a group of about 20% of the population who are “high attractor types.” This is the term applied to this unlucky part of the population by John Day, professor of medical entomology and mosquito expert at the University of Florida in Vero Beach.

Although scientists don’t have any real solution other than using insect repellent, they do have some ideas why some of us may seem irresistible.

You can control some factors, but the majority, about 85 percent of why mosquitoes are attracted to you, is due to your genetics.

Why Do Mosquitoes Bite?

Only the female mosquitoes bite. They bite to get the extra protein they need to lay eggs.

There are more than 170 species in the US, and some may have their preferences. As you probably won’t recognize the mosquito that’s biting you, let’s consider some of the general properties that make you more appealing to these insects.

Male and female mosquitoes feed on nectar, and this provides sufficient food to live. However, females need additional protein to produce eggs. They get this extra protein as blood from animals or humans.

The female mosquito has some fondness for certain blood types. As the females rely on the protein in our blood to produce their eggs, it’s normal they have their preferences.

Research shows that the mosquitoes favor the O blood group. People with O blood group are likely to be bitten twice as much as someone with type A blood group. The type B group is between the two.

Additionally, 85% of people produce a secretion that signals their blood group. Mosquitoes have a preference for this group regardless of their blood type. I guess they like to know what type of blood they’re getting before taking action!

Female mosquitoes have an organ called the maxillary palp that can detect the CO2 we exhale. They can detect their future meal up to 160 feet away, and any carbon dioxide will attract the mosquitoes.

Generally speaking, the more carbon dioxide you exhale, the more attractive you will be to the female mosquitoes.

Taking exercise and breathing heavily means you will exhale more, and thus you have a greater risk of attracting the female mosquitoes.

Although mosquitoes might seem like primitive insects, they use a combination of complicated senses to detect humans and animals. This means there’s more to being detected by a mosquito than simply breathing.

Scientists have determined that certain odors released with perspiration will attract mosquitoes. They are detected by receptors in the mosquito’s maxillary palp.

Some of the compounds found on our skin are:

With more than 350 compounds that affect our skin odor, these are just a few that may have some influence on our attractiveness to mosquitoes.

Mosquitoes also seem to favor higher body temperatures. So, exercising will cause your body temperature to rise, produce more of the compounds above, and produce odors that may attract mosquitoes.

So while genetic factors will influence the amount of the compounds emitted, exercising could cause you to become more attractive to these insects.

Older sweat could make you more of a target. Regular showering might help keep the mosquitoes at a distance!

Unfortunately, pregnant women seem to attract some species of mosquitoes more than women who are not pregnant.

Research carried out in Gambia with malaria-carrying mosquitoes suggests that pregnant women have twice the chance of being bitten. There are several possible reasons:

Dark or brightly colored clothing will make you more visible to mosquitoes. The first step in searching for a human to bite is through vision.

As they tend to fly close to the ground to avoid any wind, they see your silhouette against the horizon. People dressed in dark or brightly colored clothes will stand out. Wearing light clothes will make you less visible.

Best to wear loose-fitting long-sleeved shirts and trousers as mosquitoes can bite through tight-fitting clothes.

Movement is another clue they use to find a target. If you’re moving about a lot, you will be easier to distinguish from the background. Some research tests show that movement can increase biting by 50%.

Are you a beer drinker? If you are, this could be one of the reasons mosquitoes home in on you.

Research has shown that mosquitoes bite people more often after they’ve had a beer. Drinking a cold beer may increase your body temperature, cause you to breathe a little harder, or increase the ethanol excreted in your sweat. At the moment, the reason drinking beer may cause you to be an attraction isn’t really known.

Mosquitoes love certain odors. Certain scented products such as deodorants or perfumed body lotions may appeal to the mozzies when you go outside.

Many of these products contain lactic acid, which can attract mosquitoes.

If you are going to be outside in a mosquito-infested area, consider using unscented products or no beauty products at all. Even better to favor a repellant.

How To Avoid Mosquito Bites

If you are going somewhere where you know there is a risk of mosquitoes, better to take some precautions before you’re exposed.

A mosquito bite can be annoying and itch a little, or they can transmit a serious disease like West Nile virus, dengue fever, yellow fever, chikungunya, or Zika.

Some ways to avoid bites are:

If you’re staying in your own house or yard, you should ensure there is no standing water where mosquitoes can breed. And keep mosquitoes out of your home by keeping the windows and doors shut or making sure your screens are in good condition.

Conclusion – Why Do Some People Attract Mosquitoes?

There are many things that may attract mosquitoes to us that are out of our control – our genetics.

But apart from that, if you’re a magnet for mosquitoes and are in a mosquito-infested area:

These three things will help you to receive fewer bites.

Do you get bitten by mosquitoes more than others? Have you found any solutions? Let us know in the comments below.