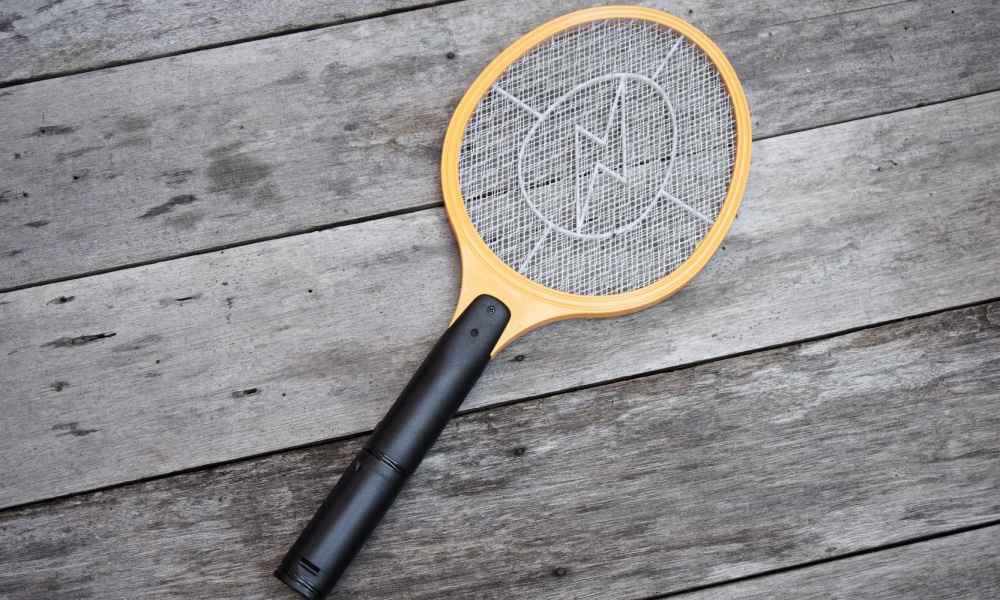 Chances are, you might have stumbled onto these arguments online or in real life while researching the device. Still, as far as merits go, the kind of product you will purchase usually depends on your preferences and the conditions of your location.

Here is more information about the two differing devices.

Bug zappers are an electricity-powered unit that gets rid of bugs by zapping them. They can take on a variety of bugs, including mosquitoes. These insect zappers use UV light sources to lure bugs, then eliminate them once the bugs come into contact with the unit’s charged grills.

However, they are most efficient against insects that are easily attracted to UV lights. Usually, it makes a popping sound once it electrocutes a bug.

The insect killer has a housing, a UV light source, an electric power source, and a wire grid. The housing, or casing of the unit, is generally made from metal or strong plastic material, and its shape can be cubic or rounded, bearing a resemblance to a lantern.

A majority of housings include a hanger on top so it can be hung on the wall or a post. For the UV light source, a fluorescent light bulb is mounted within the center of the unit.

Whenever an insect flies towards the device and comes into contact with the grid, it gets zapped with an electric current killing it instantly. The dead bugs are then gathered in a collection tray located beneath the unit, or they drop down on the ground beneath the zapper.

There are also handheld zappers in the form of a tennis racket. You press the button on the handle to turn it on. Then and wave it in the direction of the flying pest you want to kill. When you make contact with the flying bug, it should be electrocuted. Small insects will probably be killed outright; larger insects may be stunned

What Insects Will a Bug Zapper Kill?

They will kill any insect that is attracted by UV light. They won’t attract many mosquitoes or other biting insects. The majority of insects killed will be flies, moths, beetles, ants, and midges.

A female mosquito may see your insect light traps ultraviolet light and come to have a closer look. But if you are nearby, she will pick up the trace of carbon dioxide and home in on you.

Some zappers include octenol, a mosquito attractant, but even this won’t make much difference. If you aim to control mosquitoes, it’s good to know how they find their blood meal.

All living blood sources, animal or human, emit carbon dioxide. Mosquitoes can detect exhaled CO2 from more than 30 feet. This is the most powerful attractant to mosquitoes. As they close in on their target, they use other scent clues (body odor, sweat) and body heat before biting.

Where to Place Your Insect Electrocutor?

Your bug zapper should be placed 15- 20 feet away from where people congregate. This will attract insects away from you and towards the UV light trap. If you are preparing food outside, your trap should be placed at least 7 feet from the food.

The best height will depend on what you aim to catch but somewhere between 4 to 7 feet is a good average.

Cost of an Insect Zapper?

Bug zappers range in price from about $15 – $70. Running costs are low just the electricity for the ultraviolet light. Some of the better-known makes of zappers are Flowtron, Aspectek, Stinger, and Black Flag.

You will need to clean the grill regularly, and if it has a tray to catch the dead insects, this will have to be emptied. Some zappers even claim they are maintenance-free!

If you’re happy killing flying insects indiscriminately, then a bug zapper could be what you’re looking for. With a zapper, you will kill beneficial insects that perhaps could pollinate your fruit and vegetables. You will also destroy some of the food for birds, bats, and other insects predators of mosquitoes.

Many studies have shown bug zappers do little to reduce the mosquito populations.

The Department of Entomology and Applied Ecology, University of Delaware, produced a study of six bug zappers over a period of 10 weeks. 13789 insects were killed, of which only 31 were biting flies, which includes mosquitoes.

Colorado State University states, “Bug zappers rely on just ultraviolet light for attraction and are ineffective in reducing mosquito biting rates.” They continue, “In one study, just 0.13% of the insects killed by one of these devices were female mosquitoes.”

So they are not recommended for mosquito control.

However, for the most popular bug zappers brands, buyers seem satisfied and a few report killing some mosquitoes.

Many mosquito trap brands are made to attract mosquitoes by imitating human breath, then ensnare them in a container or a net in which they die out of hunger or get drowned.

They are typically recommended when consumers have to eliminate mosquitoes in a specific location but cannot stop them from breeding. Perhaps the breeding sites are on your neighbor’s property, and they don’t bother to do anything about them.

Mosquitoes who bite are female, and before developing eggs, they need blood. Thus you will catch them feeding before they can produce their eggs.

Traps will not ensnare each and every live mosquito in a location, particularly if there are animals or humans within the vicinity. But once you have placed it in an ideal location and let it run every day whenever mosquitoes come out. It will definitely reduce the mosquito problem.

It may take a couple of weeks to see the difference, and you may have to experiment with different placements and attractants. But once the mosquito trap is well-positioned and set up with the correct lures, you will notice fewer mosquitoes. And the mosquito population will continue to decline.

It’s an advantage if you know what mosquito species is dominant in your locality. Some mosquitoes are attracted to certain lures and certain light wavelengths.

These traps imitate humans and animals by releasing indicators that mosquitoes use to hunt for their prey. The chief indicator is a trail of CO2 or carbon dioxide to replicate human or animal breathing.

Several traps release a constant quantity, while some compliment the pace of breathing. It can make use of propane to produce CO2 or utilize a CO2 cylinder. Traps might also utilize attractants such as Lurex or Octenol.

What Will You Catch in Your Trap?

Besides mosquitoes, you may catch other biting insects – sandflies, blackflies, no-see-ums. In traps that use UV lights, you may catch in addition to the aforementioned insects – some moths, wasps, hornets, horseflies, beetles, and yellow jackets.

To make them work effectively, users have to figure out how mosquitoes are getting to the location they want to look after. Mosquitoes often spend most of their time resting in shady and grassy or bushy areas, and they usually look for their prey at night.

Positioning the mosquito trap in shaded locations will urge the insects to look for them faster because they tend to steer clear of hot, glaring sunlight. Traps will work best if you place them within at least 30-feet from the location you want to look after or from the mosquitoes’ breeding or resting location.

It would be best if you placed them in a setting with no hedges, bushes, high grass, or other obstacles that will hinder the spread of carbon dioxide.

Mosquito traps can be quite expensive depending on the way carbon dioxide is produced.

The prices can start at about $50 for a trap that produces CO2 from a titanium dioxide-coated surface. Dynatraps are a well-known make for this type of trap.

The more expensive traps produce CO2 either from burning propane or from CO2 cylinders. The traps vary in price from about $300 to $900. Some of the best-known brands in this category are Mosquito Magnet, Mega Catch, Skeetervac, or Koolatron.

With the traps that use propane cylinders or CO2 cylinders, you will also need to purchase these. The running costs of these traps should be considered – refilling the cylinders, attractants, electricity, replacement nets…

You will have to keep all the vents and grill clean so as not to obstruct the airflow. Empty the catch nets/recipients as necessary and replace them if damaged. Replace the attractant every few weeks and refill the gas cylinders. The propane should last for 3/4 weeks and the carbon dioxide cylinder for several months.

If you have a mosquito infestation, then a mosquito trap could be a good investment. They will catch mosquitoes, but you may need a little trial and error (position, attractant) to get it set up satisfactorily.

With a propane burning trap, the running costs can be quite expensive, so take these into consideration.

A mosquito trap won’t eliminate all mosquitoes; it is one weapon that should be used with others. You should see a difference, but you will still need to eliminate or drain standing water. Any water that can’t be drained should be covered or treated with an eco-friendly product.

If mosquitoes are vectors of disease in your area, then apply a repellent on any bare skin when you are outside. And wear long sleeves and trousers.

Which should you choose? It depends on what you want to catch.

If mosquitoes and biting flies are your problem, then a mosquito trap is the best choice.

If you aim to reduce the number of flying bugs randomly, then a bug zapper could be the best solution.